Cliff Robertson who was best remembered to have played John F. Kennedy in the movie PT-109 has died of natural causes at the age of 88.

Robertson, who went on to win an Oscar for his portrayal of a mentally disabled man in “Charly”, died Saturday afternoon in Stony Brook, according to Evelyn Christel, his secretary of 53 years.

He also gained attention for his second marriage to actress and heiress Dina Merrill, daughter of financier E.F. Hutton and Marjorie Merriweather Post, heiress to the Post cereal fortune and one of the world’s richest women.

Robertson’s funeral is set for Friday in East Hampton. 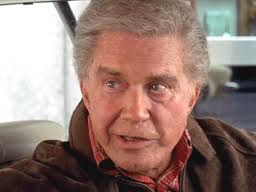