Hollywood actor Michael Douglas, a board member of the Ploughshares Fund, a project against the proliferation of nuclear weapons, supports the US State Department against budget trimming efforts in Congress.

During his visit to the State Department, the two time Oscar winner said that diplomacy is cheaper than war especially in this hard economic times.

“People don’t take the time to understand just how important diplomacy is. It takes a long time, it’s quiet but it’s certainly a lot cheaper than a war,” the veteran actor said.

Douglas approved the employment of diplomacy that led to the new Strategic Arms Reduction Treaty between Russia and the United States in February.

The agreement reduces existing warhead ceilings between two countries by 30 percent over the next decade and restricts each side to 700 deployed long-range missiles and heavy bombers.

The actor could not hide his concern on Iran’s uranium enrichment program and the risk that Pakistan’s nuclear weapons could fall into the wrong hands.

In his visit to the State Department, Douglas wanted to discuss with its officials about the Ploughshares Fund’s nonproliferation and arms control efforts and issues relative to President Barack Obama’s Prague Agenda. 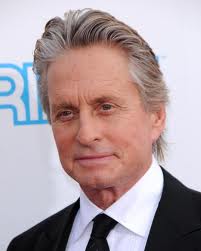