Brad Pitt and Angelina Jolie were in town to screen Jolie’s movie about Bosnian war crimes at the Holocaust museum, the White House confirmed as President Barack Obama receives the celebrity couple at the Oval Office.

The Hollywood VIP guests dropped by at the White House to chat with the chief executive about humanitarian work.

The President would like also to talk with Jolie about her work on preventing mass atrocities and combating sexual violence against women which is a worthy cause.

Their audience came the day after Jolie offered enthusiastic backing to the administration but also expressed a hint of frustration with its progress.

Jolie was speaking at the National Holocaust Museum in Washington when making her comments, while at the same time promoting her directorial debut, the Bosnian war film “In the Land of Blood and Honey,” on the eve of her meeting with Mr. Obama.

Jolie has made a mix review about the President by saying many aspects of his performance have been “wonderful” but there are “a few things I am disappointed in”.

However, Jolie rejected when asked about reports, published in 2009, that she believed Mr. Obama would be a one term president. She said: “Reported by who? You gotta read better papers.”

“I think there are many, many things I think have gone in a wonderful direction, and there are a few things I am disappointed in, but I don’t feel like tonight is the night to clarify,” Jolie said.

It’s not the first time Obama’s met with one of the pair. Pitt met and discussed with the President in 2009 his working rebuilding New Orleans’ 9th Ward after Hurricane Katrina.

Making the couple feel at home and comfortable, they seemed to spend a long time with the chief executive at the White House. 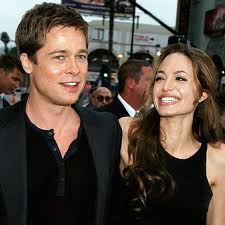