Adele, the six Grammy award winner is now subject to a smear campaign over sex tapes.her that she was its star.

The hoax tape was alleged to have been made by the singer’s former boyfriend who inspired some of her most successful songs.

The claims were described as “untrue and grossly defamatory”. A spokesman for Adele said it was “100 per cent false”.

The 23-year-old singer immediately made clear that she had not appeared in the tape and instructed top law firm Schillings to take legal action.

French celebrity magazine Public has dedicated three pages to the alleged tape, publishing stills purporting to feature the singer under the headline “Adele, the Sex Tape, her ex takes his revenge”.

The magazine quotes a “close friend” as saying Adele was “devastated” when she found out the images had been release.

The publication claims that the “bold” images showed Adele in the back seat of her ex boyfriend’s car and that the pictures were taken on a smartphone.

Speculation about the tape was rife on Twitter and internet forums after it emerged that paparazzo Jean Claude Elfassi had announced that he would be releasing it on his blog tomorrow.

However, the photographer’s website appeared to have been taken offline with a message stating that it had been “temporarily disabled”. 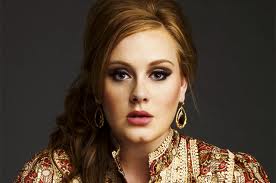