Aerosmith frontman Steve Tyler smiling through the pain as he arrived at San Paulo airport last night, still sporting the injuries from the nasty accident he succumbed from a shower fall.

He obligingly pulled back his hair to show off the extent of the damage he had done to his face to photographers and his fans.

The 63-year-old rocker, who has struggled with addiction problems, spoke out to refute claims that his horrific fall on Tuesday was caused by intoxication.

He called in host Matt Lauer of ‘The Today Show’ to discuss the issue and revealed an image of himself taken shortly after the fall in which he sported broken teeth and the nasty black eye.

And when Lauer approached the subject of a relapse, the veteran rockstar was only too happy to clear the air.

Steven Tyler shares his post fall picture with ‘The Today Show’ while insisting he was not drunk but completely sober when he fell.

The night after the accident Steven took to the stage for a make-up concert in Paraguay after cancelling the previous night due to a cut on his forehead and knocked out two teeth after he fell in a hotel shower during a stop on Aerosmith’s South American tour.

He received stitches and had emergency dental work and a CT scan done during a nearly four-hour stay at the La Costa medical center in Paraguay’s capital, according to a hospital statement.

Nicolas Garzia, whose firm organized the Paraguay gig, suggested that the fall was due to a bout of food poisoning that caused Steven to be disorientated and dehydrated. 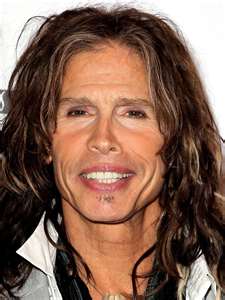