China reveals that it will launch an unmanned spacecraft that will dock with a capsule already orbiting the Earth.

A rocket carrying Shenzhou 8 will blast off early in the morning from the Gobi Desert. China will try docking Shenzhou 8 with the Tiangong-1 capsule as it orbits the Earth.

Shenzhou 8 is due to be launched from Jiuquan Satellite Launch Center in Gansu province at 05:58 (21:58 GMT).

The space capsule was launched in late September and has already been maneuvered into place. China is planning to build a space station by 2020, that is why it is practicing and familiarizing docking procedures.

The docking, which will take place 343km above the Earth, will happen within two days of the launch.

There will be two other attempts to dock with the capsule next year, at least one of which will be manned.

“The mastering of rendezvous and docking technologies will lay a key technical foundation for China’s building of a space station and deep-space exploration,” said Zhou Jianping, chief designer of China’s manned space program, according to the Xinhua news agency.

China hopes to construct and launch a space station by the end of the decade and these docking missions are part of that process.

Astronauts which are called taikonauts in China, are already being trained for that mission, according to the manned space program’s spokeswoman Wu Ping.

China came late to the space race: it launched its first manned mission in 2003 and carried out its first space walk only three years ago.

It maintains that its aims are purely peaceful.

“The new knowledge obtained through space science research should be common wealth for human beings and should benefit the whole world,” Mr Zhou said. 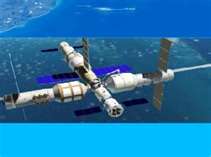 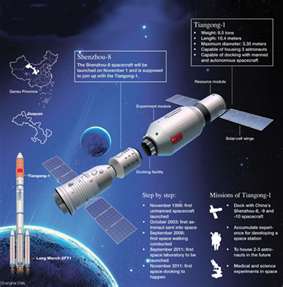