In a study by the U.S. National Cancer Institute (NCI), experts suggested that while family history, smoking, drinking and poor diet are the main risk factors for breast cancer, excessive exposure to electric light during night-time hours could reduce our resistance to the disease.

Light at night interferes with the production of the so-called ‘darkness hormone’, melatonin, one of our natural defenses against cancer.

Melatonin is a hormone produced by the pineal gland, a pea-sized gland just beneath the center of the brain, in response to darkness.

It is a powerful antioxidant, which is claimed to suppress the growth of some types of cancer cells, especially when combined with certain anti-cancer drugs.

It’s not just breast cancer that seems to be affected by darkness.

Researchers at the University of Haifa in Israel showed that countries with the highest levels of street lighting have the highest rates of prostate cancer.

According to the scientists, over-use of artificial lighting appears not only to suppress melatonin production, but to weaken the immune system and disturb the body’s biological clock, all of which could lessen natural defenses against prostate cancer.

‘This doesn’t mean we have to go back to the Middle Ages and turn all the lights out,’ says Professor Abraham Aim, of the research team.

‘But the link should be taken into account when planning energy policies.’

Men living in countries with the highest level of exposure to artificial night-time light were at an 80 per cent greater risk of prostate cancer than those with the lowest light exposure. 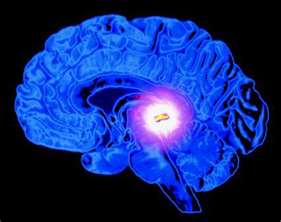