The Tokyo Electric Power Company, or Tepco, the operator of Fukushima plant, issues a forecast in the evening for the next day, then refines the forecast the following morning.

During the day, Tepco updates electricity use every five minutes.

Forecasts and actual use hovered around 75 percent of capacity at the end of July. Yukihiko Tayama, a Tepco manager specializing in demand and supply, said that so far this summer, overall demand had yet to come dangerously close to capacity.

Japan consumes about half as much energy per capita as the United States. But it has been pushed to even greater lengths since the nuclear disaster this year. The accident at the Fukushima Daiichi nuclear plant and the resulting backlash against nuclear power have left only 17 out of Japan’s 54 reactors online.

Japan obliges to adopt power austere measures, the government alerts its subscribers through their cellphones if overall demand nears capacity.

To back up the call to conserve, electricity reports that forecast the day’s power supply and track demand in real time have become as much a part of this summer as the scorching sun and humid air. They are delivered along with the weather on the morning news.

Preliminary figures indicate that regions under conservation mandates have met reduction targets and even exceed them.

Local governments are holding contests soliciting conservation ideas; households are cutting back beyond the hours during which conservation is in effect, from 9 a.m. to 8 p.m.; and companies have shifted days off to weekdays and undertaken other measures not only to avid penalties but also to contribute to the national effort.

At Meiwa Rubber, a manufacturer of printing equipment with factories in Tokyo, lights were dimmed, the use of hot water is restricted, and the air conditioning was curtailed. An employee tracked the factory’s power use with software supplied by Tepco.

If demand neared the company’s maximum use for the year before, orange lights flashed on the factory and management floors; if demand threatened to outstrip maximum use, red lights flashed, leading employees to shut down three air conditioning units.

The government’s target is 15 percent cut in energy consumption but they are aiming 25 percent, according to Tatsuo Nakahara, 63, the company’s administrative manager. He added that in the months after the March disaster, the company had already succeeded in conserving 20 percent.

Offices here have been directed to set the room temperature to 28 degrees Celsius, though the real temperature, especially on hot days, has climbed above 30 degrees in many offices.

“We’re doing this for Japan, so it can’t be helped,” said Jun Nakada, 36, a salary man whose office lighting has been dimmed to two fluorescent tubes from eight. 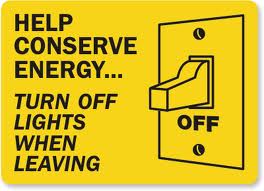