Rafael Nadal of Spain was defeated by American Mardy Fish 6-3 6-4, to advance in the semi-finals where he will face Britain’s Andy Murray.

A worn-out Nadal simply couldn’t keep up, but he said later that his game had simply not been at its best. Fish reached the tournament’s semifinals for the second straight year, he lost to Federer in the championship match in 2010.

Later, the third-seeded Federer struggled with his ground strokes during a 6-2, 7-6 (3) loss to Tomas Berdych, who has won three of their last four match ups.

Federer, who had won 24 of his previous 26 games in Cincinnati, never got to grips with Berdych’s powerful serve as he suffered another setback. Federer had trouble with his ground strokes and never had a chance to break Berdych’s serve.

World number one Novak Djokovic advances and he could be seen in action later Friday against France’s Gael Monfils, with the winner facing Berdych. 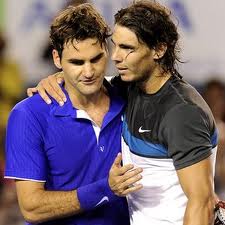