The Queen is hosting an event for British and foreign royals on Thursday night, April 28.

The drinks reception and dinner is taking place at the Mandarin Oriental hotel, near Hyde Park, in central London.

The Prince of Wales and the Duchess of Cornwall are expected to attend the reception before returning to Clarence House for their private dinner.

Some 50 foreign heads of state are among the 1,900 invited guests attending the wedding.

The following are rumored to be among the 1,900 guests invited to attend the wedding are:

Pippa Middleton, sister of the fiancee of Britain’s Prince William, Kate Middleton; Britain’s the Duke of York and his daughters Princesses Beatrice and Eugenie; 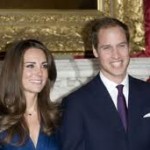