In the tropics like the Philippines, Kangkong or water spinach is widely in abundance where bodies of fresh water like swamps, ponds, rivers, streams, waterways or any low lying areas with water are of common sight.

There are three varieties of kangkong common in the Philippines, the red or green variety, with a vine like elongated stalk with long but narrow leaves and the other known locally as Chinese kangkong with bigger stalk and broader leaves both thrives well in water while the upland kangkong green variety is not the vine type and they are propagated in dry areas.

The vine like elongated stalk with long but narrow leaves is the chief source for swine and duck feeds while the Chinese and upland kangkong are commonly used as vegetable in Philippine cuisine.

The most common Filipino dishes that can be prepared from kangkong are:

*** The ‘adobong kangkong’ where kangkong is sauteed in oil with onions, garlic; and with soy sauce and vinegar to taste.

*** In a soured ‘sinigang’ soup, kangkong is the most preferred vegetable mix in combination with either fish, meat or shrimp.

*** The ‘kangkong salad’ where after draining the water of the boiled kangkong, it is then marinated with calamansi (Philippine lemon) or vinegar with salt, sugar, pepper and is stirred to taste after which it is mixed with sliced onions, tomatoes and boiled eggs.

Though kangkong is part of Filipino dish culture, very few have known the nutritional value of this lowly vegetable.

According to the Food and Nutrition Research Institute (FRNI) of the Department of Science and Technology (DoST), half cup of boiled kangkong (45 grams) is equivalent to 12.6 kilocalories and it will provide the following amount of nutrients: 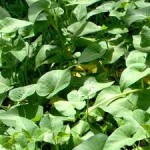