Andy Murray of Britain will be going against Frenchman Jo-Wilfried Tsonga on Sunday’s Queen’s Grasscourt Final.

Prior to that, Murray defeated Andy Roddick 6-3, 6-1 Saturday to reach the final while Tsonga overcame James Ward of Britain with a 6-3, 7-6 (7) victory in the other semifinal.

Murray, who won the title in 2009, produced a fine all-round display against an error-prone Roddick to win their semifinal in just 59 minutes. He had 13 aces and ensured Roddick failed in his attempt to become the first player to win five titles at the pre-Wimbledon tournament.

Murray broke for a 2-0 lead when Roddick netted a backhand slice, and that was enough to decide the outcome of the opening set.

Roddick was broken at the start of the second set when he netted a forehand volley, and another error at net gave Murray a commanding 4-1 lead. Murray closed out the match with a fourth break when Roddick netted a weak backhand.

Despite the lopsided defeat, Roddick isn’t too concerned as he prepares for Wimbledon, which begins June 20.

On the other hand, Tsonga, who has won two challenger titles on grass broke to lead 2-0 against the 216th-ranked Ward and then held off two break points at 3-1 to take the opening set. 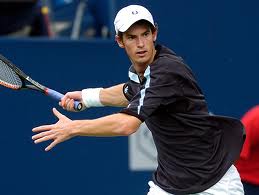