Hollywood movie producers are honoring Angelina Jolie’s Bosnia war film ‘In the Land of Blood and Honey’ with a special award for its portrayal of social issues.

The Producers Guild of America (PGA) said that the movie, Jolie’s directing debut which she also wrote and co-produced, would be given the 2012 Stanley Kramer Award.

The movie tells a love story between a Serb man and a Muslim woman before the 1992-1995 Bosnian war who later meet in different circumstances when he is an army officer and she is his detainee.

Objections from female victims of the Bosnian war last year forced Jolie to shoot much of the film in Hungary, rather than Bosnia, as the actress had first planned. But a private screening in Bosnia last week was greeted with enthusiasm from some of the movie’s previous toughest critics.

Jolie and her co-producers said in a statement they were honored by the PGA award, whose past recipients include ‘Hotel Rwanda’, and Al Gore’s global warming documentary ‘An Inconvenient Truth’.

The Stanley Kramer Award was established in in 2002 in memory of the Hollywood director. It is given annually to a movie producer whose work ‘illuminates provocative social issues in an accessible and elevating fashion.’

Kramer, who died in 2001, was the director of classic movies such as ‘The Caine Mutiny’ and ‘Guess Who’s Coming to Dinner.’

“In the Land of Blood and Honey’ is an extraordinary film that portrays a complex love story set against the terrors of the Bosnian War, especially towards women,” Producers Guild presidents Hawk Koch and Mark Gordon said in a statement.

The film opens in limited release in the United States on Dec. 23, making it eligible for possible Oscar nominations. 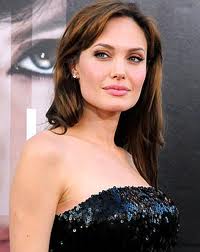