World no. 1, Novak Djokovic of Serbia and Petra Kvitova of Czech Republic closed their respective season, where both players being named ITF World Champions.

Djokovic becomes the first player other than Roger Federer and Rafael Nadal to win the men’s award since 2003.

The Serb won the Australian Open, Wimbledon and US Open in a fascinating fashion in which he took over as the top-ranked player from Rafael , finishing with 10 titles and a 70-6 overall record.

‘Starting with victory in last year’s Davis Cup final, this has been an almost perfect 12 months for me,’ Djokovic said.

‘I have always dreamed about becoming the best in the world, and to have won three Grand Slam titles and finished the year as No 1 is very special.’

Meanwhile, Petra Kvitova won the women’s award after winning Wimbledon and leading the Czech Republic to victory in the Fed Cup, ending a breakthrough year as the second-ranked player in the world.

‘I will cherish this award, which is the cherry on top of a wonderful year,’ said the 21-year-old Kvitova, who edged out top-ranked Caroline Wozniacki, last year’s champion in the voting.

ITF President Francesco Ricci Bitti praised Djokovic and Kvitova for having strong records individually and with their countries.

‘Novak’s achievements this year are remarkable in such a strong era for men’s tennis, while Petra has made a major breakthrough on the women’s tour,’ Bitti said.

The players will receive their awards at the annual ITF World Champions dinner in Paris on June 5, during the French Open. 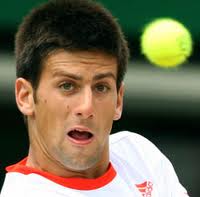 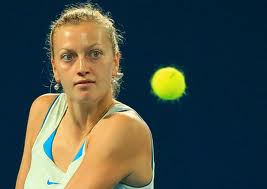