Former Gov. of California Arnold Schwarzenegger has returned to star a movie after putting in May his acting career on hold to attend to his personal troubles that would cost him his marital life.

Schwarzenegger will be featured and cast in a starring role in a movie entitled ‘The Last Stand.’ This is his first major movie role since 2003’s ‘Terminator 3: Rise of the Machines.’

The body builder icon is scheduled to start the movie, ‘The Last Stand’ in September, according to a film industry source.

“The Last Stand”, to be directed by South Korea’s Jee-woon Kim is expected to be released some time in 2012.

Schwarzenegger was California governor for seven years until his second term ended in January. He was last seen on screen in a cameo role in the 2010 action movie “The Expendables.”

Prior to his personal troubles broke out, Schwarzenegger was also working on a movie called “Cry Macho” and had announced plans to voice a superhero with a double life in an animated TV comic book style series called “The Governator.”

Production on said outfit has been temporarily put on hold.

Maria Shriver, his wife last week filed for a divorce to end their 25 year-old marriage, citing irreconcilable differences. The couple have four children together. 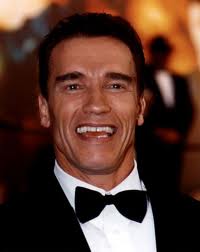