The futurists who have long predicted the end of paper money also underestimated the rise of the US$ 100 dollar bill as one of America’s most popular exports.

For two decades, demands have exploded for the Benjamin banknotes , which are hoarded like gold in unstable places. Last year Treasury printed more US$ 100 bills for the first time.

There are now more than seven billion US$ 100 bills in circulation, and the Fed believes that two thirds are in other countries.

American soldiers searching one of Saddam Hussein’s palaces in 2003 found US$ 650 million dollars in fresh US$ 100 bills.

This is very profitable for the United States. Currency is printed by the Treasury and issued by the Federal Reserve. The central bank pays the Treasury for the cost of production, about 10 cents a note, then exchanges the notes at face value for securities that pay interest.

The more money it issues, the more interest it earns. And each year the Fed returns to the Treasury a windfall payment, which last year exceeded US$ 20 billion dollars.

Production of paper currency is declining much more quickly than actual currency use because the bills are lasting longer. Because of the technological advances, the average dollar bill now circulates for 40 months, up from 18 months two decades ago.

The number of dollar bills rolling off from the United States government presses in Washington and in Forth Worth, Texas, fell to a low in the last fiscal year.

Production of US$ 5 bills also dropped to the lowest level in 30 years and for the first time in that period, the Treasury did not print a US$ 10 bills.

The sign seems clear, that the use of cash is in decline. Cards is now used for online purchases and most business establishments indicative in their business menus that read ‘Credit cards only.’

In 1970, at the dawn of plastic payment, the value of United States currency in domestic circulation equaled about 5 percent of the nation’s economic activity. Last year, it equaled about 2.5 percent.

According to Mr. Zazula, the restaurateur, 85 percent of his customers already paid with credit cards and taking cash to the bank was a security risk.

It is easy to look at this trend and predict the end of paper currency, but probably wrong. Currency remains the best way to pay baby sitters and tip bellhops. Many small American businesses, ranging from one third to half will not accept credit cards. And criminals prefer cash.

Ron Shevlin, an analyst with the Boston financial research firm, Aite Group, has calculated that Americans would still be using paper currency in 200 years. 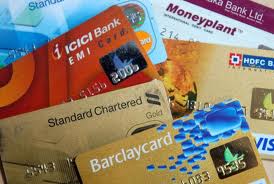