Zara Phillips, the 30-year-old bride, dazzled the onlookers, when she arrived traditionally late, for her wedding to the England rugby star Mike Tindall, 32.

Among the royal family who are in attendance at the wedding are the Queen and Duke of Edinburgh, Prince Charles and Camilla, Prince William and Catherine, and Prince Harry. Other guests included Prince Andrew and his daughters, Princess Beatrice and Princess Eugenie.

The Queen’s granddaughter wore a stunning ivory gown designed by Stewart Parvin.
After the ceremony the couple emerged arm-in-arm, stood on the steps to the entrance to the 17 Century kirk and shared a kiss

Zara Phillips is believed to be setting a royal precedent by not taking the surname of Mike Tindall.

Even when they marry commoners, Royal brides have always adopted the family name of their partners.

Zara’s decision appears to be based on the fact she wants to preserve her sporting persona and business interests. 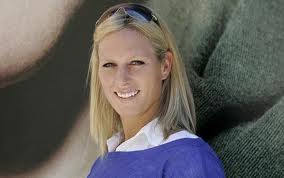