The ninth season of ‘Two and A Half Men’ has performed admirably, ranking next to ‘Modern Family’ in viewers and adults 25-54 and third in adults 18-49.

The season premiere of the sitcom last September racked up an eye-popping 29 million viewers.

The contract renewal had been expected as the veteran CBS comedy defied the odds last season and successfully relaunched with Kutcher after the public meltdown of Charlie Sheen.

The deal follows protracted talks between Warner Brothers TV, Kutcher and his co-stars Jon Cryer and Angus T Jones and all will return with small pay rises, US industry papers reported.

CBS, which unveils this year up to next year schedule, would not comment on the length of the deal but it’s likely include some kind of options for subsequent seasons.

Sheen was sacked from the show last year after criticizing its producers and months of reported drug use.

About 28.7 million viewers tuned in to see Kutcher’s debut on the TV sitcom.

It was the show’s highest-ever audience and, although figures settled after the initial interest, the series was watched by an average of 15 million viewers, a rise of 13 percent.

Chuck Lorre, co-creator of the sitcom and others have suggested that season 10 would be its last.

Lorre admitted last year that he had considered cancelling Two and a Half Men following Sheen’s departure.

Instead, Kutcher was signed for a one-season contract. The actor explained: “The deal that we structured for the show was kind of a test deal: Can we get the show up? Can we get it going?”

The show’s success of the ninth season was remarkable, Kutcher will receive ‘slightly more’ than the US$ 700,000 (£ 425,526) per episode he is thought to have made last year.

His co-stars, who are paid less, will also receive similar pay increases. 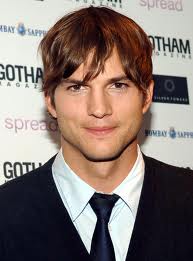