Ashton Kutcher, a technology savvy individual in real life has found a ‘dream come true’ role after being cast in an indie biofilm of Apple Co-founder Steve Jobs.

He will play the technology visionary in the movie which is to simply be titled ‘Jobs’.

Tackling the leading role of the iconic CEO will surely be the biggest test yet of the 34-year-old’s acting ability.

The move has cast doubt to some as the Two and a Half Men star is best known as a comedy actor rather than a dramatic one.

However, he has already been featured in non comedy roles in the past like the science fiction thriller, ‘The Butterfly Effect’ in 2004 and coastguard action film ‘The Guardian’ in 2006.

The biofilm will surely show the CEO Jobs of Apple reinvigorating the failing company following his return in 1996 which he later made it a turn around and transformed the company into one of the biggest successful business venture with a global appeal.

The film start to shoot in May, by Joshua Michael Stern, according to Variety. The film producer is Mark Hulme, a CEO and founder of a Dallas-based mortgage industry group.

The timing of the news emerged in time of April Fool’s day, that made many wondering about the veracity of the reports, but it appears to be true.

So far, Sony is their biggest studio competitor as it planned to do a separate biographical movie of Jobs which shall come later.

The move of doing their version first of the bio-film will probably leave bosses at Sony fuming, as they snapped up the film rights to Walter Isaacson’s authorized biography of Jobs, which was published within weeks of Jobs’ death last October of 2011.

Movie director Stern will be shooting the biofilm from a script by Matt Whiteley.

It will feature the visionary businessman’s rise from a California hippie to co-founder of Apple.

Jobs died in October last year after a battle with pancreatic cancer at the age of just 56. 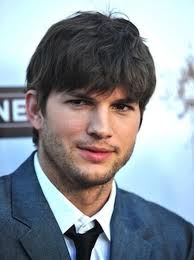