Ashton Kutcher a social media entrepreneur and actor of tv sitcom the “Two and a Half Men” has served as guest editor for an online-only version of Details entitled “The Social Issue,” but he failed to reveal that he had invested in many of the companies the magazine touted.

While initially a Federal Trade Commission (FTC) official said an investigation was “certainly a possibility,” the FTC says it will not launch any investigation for Kutcher’s failure to disclose investments he made in technology companies.

The FTC’s statement was a quick resolution on supposedly a possible Kutcher’s legal woes.

Kutcher has not made any reply nor a public statement regarding the issue. However, Dan Peres, the Details’ editor, has defended his publication and Kutcher. 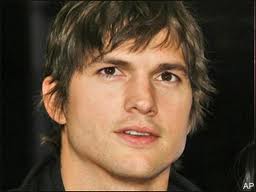