Raising corruption and scams with humor are regular topics in Afghan TV show which tries to make its episodes topical.

It is part of the show’s not so covert political agenda , which is to encourage Afghans to question the way their government works.

Nepotism is also a major theme in a new television show ‘The Ministry,’ one that is well understood by every Afghan. Family, almost always excels virtue.

People complain about it, but they rarely feel they can question it publicly because hiring a family member is a form of loyalty, which is respected, and no one would want to be shunned by their own family.

Television has an especially important role to play in Afghanistan because so few people read and they need cinema and theater to teach them, according to Abdul Qadir Farouk, 65, a longtime actor.

“The actor is the camera of society, watching the society with different lens,” said Mr. Farouk, who plays the minister in the show. “It is to make people smile, but also to give people political knowledge.”

In the old buildings that house Afghanistan’s ministries, one office is always new, the minister’s. It is also often where corrupt deals are done, incompetence often reigns and favoritism is prevalent.

It is the setting that provides the show, ‘The Ministry.’ that mimic the nepotism, payoffs and incompetence that are rampant in the Afghan government.

The show which will be premiered in the nation’s largest TV network, Tolo, is a new kind of show for Afghanistan, a ‘mock-umentary.’ It aims to make Afghans smile, not just because it is funny but because it is familiar, holding up a mirror to their lives but with just enough artistic distance to make them laugh.

The idea for the show originated with Saad Mohseni, the chairman of Moby group, which owns Tolo, who worked briefly for a ministry before his television conglomerate got off the ground in the early days after the Taliban were driven from power.

The show’s story is about, the Ministry of Waste in the imaginary country of Heckland, which means ‘nothing land,’ is inhabited by a weak minister and his hapless entourage.

The characters are people most Afghans can easily recognize; the ‘react first, think later’ minister of waste collection and his subservient and not quite bright brother in law who works as the ministry’s administrative officer; his pretty young secretary; the butler who serves tea; the minister’s ambitious top adviser; and his self aggrandizing and not very efficient bodyguard.

For all the humor and slapstick, the show has a dark side, showing the odds that Afghan must confront day after day. For all that, it is not nearly as depressing as some of Afghanistan’s real government offices.

A 30 year old, energetic government deputy minister, who wanted to make things work, was upset, that despite the thousands government employees working, he found out that at 4 p.m. he was the only person left in the office.

He was dismayed to the improper behavior of government officials and workers who only work an hour a day instead of the minimum eight. 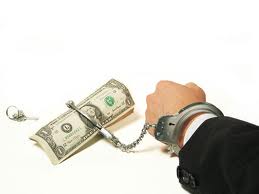