Ashton Kutcher’s contract with CBS is only for one season and they had both agreed to a US$ 20 millon dollar contract for one year.

Kutcher will be the replacement for Charlie Chaplin, who was fired from the show by CBS amidst controversy and a series of tirades against the network and show ‘Two And A Half Men’ producer Chuck Lorre earlier this year.

During the CBS Upfront presentation Kutcher admitted that the opportunity to join “Two And A Half Men” may be the biggest move in his career.

In 13 years of his showbiz career, Kutcher admitted that he never received more emails and phone calls from people congratulating him for the job.

He almost think that he have won the lotto. “I got the best job in show business and I’m excited about that,” Kutcher said. 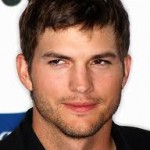