In the first comprehensive accounting of multiracial Americans since statistics were first collected about them in 2000, reporting from the 2010 census shows that in North Carolina, the mixed race population doubled.

In Georgia, it grew by more than 80 percent, and by nearly as much in Kentucky and Tennessee. In 2000 seven million people or 2.4 percent of the population, chose more one race in the census.

For generations in the deepest South, particularly Mississippi, there had been great taboo, publicly crossing the color line for love. Less than 45 years ago, marriage between blacks and whites was illegal, and it has been frowned on much of the time since.

Sonia Cherail Peeples, who is black and her husband, Michael Peeples, who is white, met as students at the university in 2003. His family was ‘old Mississippi.’ Sonia Peeples’s ancestors were too, but they were sharecroppers.

Jeffrey Norwood, a black college basketball coach, had reservations about taking a job in Mississippi. He was in serious relationship with a woman who was white and Asian.

His father, recalling when a black man could face death being seen with a woman of another race asked, “Are you sure?”

But on visits to Hattiesburg, Mississippi, the younger Norwood liked what he saw, growing diversity. So he moved, married and, with his wife, had a baby, who was counted on the last census as black, white and Asian.

She is one of thousands of mixed race children in this state, one of the nations most rapidly expanding multiracial populations, up 70 percent between 2000 and 2010, according to new data from the Census Bureau.

Mississippi led the nation in the growth of mixed marriages for most of the last decade, said William H. Frey, a demographer at the Brookings Institution, a public policy organization in Washington, D.C.

Still, multiracial people are a tiny percentage of the state’s population: 34,000, about 1.1 percent. And many here see enduring racial inequities.

And unlike in many states, Mississippi’s population has not grown much over the last decade, suggesting that any change in culture is happening not primarily as a result of newcomers.

Mixed marriages are also part of Mississippi’s coastal culture, which has historically been more liberal than the rest of the state.

Much of the growth in the mixed race group can be explain by recent births. But in Mississippi and in other states, some growth may also be a result of older Americans who once identified themselves as black or some other single race expanding how they think about their identity.

Attitudes are changing toward interracial marriages like that of the two couples, Sonia Cherail – Michael Peeples & Jeffry – Patty Norwood who both live in Mississippi, where such unions were once illegal. 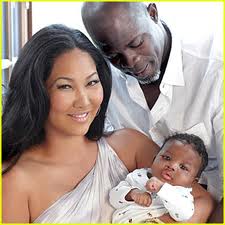