Robin Gibb of the Bee Gees is rushed to hospital following an emergency call from his home.

The 61 year old has been diagnosed with liver cancer.

He knew the sad state of his health months ago, since then cancelled several public commitments.

He has been joined by his mother Barbara Gibb and older brother Barry Gibb who just flown from the United States to support him. Robin spent a couple of hours in the hospital, before being allowed to go home.

In October, he was treated for inflammation of the colon after being taken by ambulance to John Radcliffe Hospital in Oxford. He was discharged after four days, but said to be in severe pain.

There is ­frustration felt because Robin has always looked after himself and has been observing clean living. He doesn’t drink, eats well and exercises daily,’ the friend added.

Robin spoke openly in an interview about the death of his twin brother, Maurice Gibb where he has difficulty accepting his untimely demise at the age of 53.

The Bee Gees disbanded after Maurice’s death in 2003, having sold 200million records worldwide with hits such as Night Fever and Stayin’ Alive.

Robin lives with his wife Dwina in their US$ 12.8 million (£8 million) 12th century mansion in Oxfordshire. ‘Dwina is doing everything ­possible and hasn’t left his side.’ 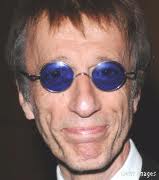 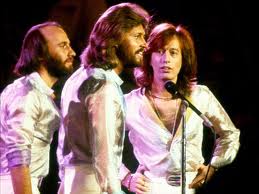