Approximately 16,000 people a year die from bowel cancer, making it second only to lung cancer as a cause of death in the UK.

Part of the reason for the high mortality rate is that symptoms often do not appear until cancer is advanced and harder to treat.

The screening program aims to catch the tumors earlier, meaning more patients can be cured.

A bowel cancer screening program in England is on course to cut deaths by a sixth, say researchers studying results from the first million people tested.

However, the work, published in the journal Gut, has raised concerns that the program, launched in 2006, misses tumors in certain parts of the colon.

Testers checked a feces sample for signs of abnormal bleeding.

The researcher who analyzed the results said money should be spent on bringing in more sensitive tests.

Several million people aged 69 and over have now been screened, with approximately half of those invited taking part.

When results from the first 1.08 million taking part were collated, it was found that 2.5 percent of men and 1.5 percent of women had received an abnormal result, and were sent for further tests, usually colonoscopy, in which a tube with a camera on the end is passed into the colon.

Among the men with abnormal results, 43 percent turned out to have either cancer or pre-cancerous growths in their colon. The figure for women was 11.6 percent.

Most of these were early-stage cancers, which are generally easier to treat.

Cancer statistics from millions of people diagnosed with the disease suggest that for every three cancers in the left side of the colon, there will be one in the right side.

However, of the thousands of cancers found by the screening test, only 14 percent were on the right side.

Prof. Richard Logan, of Nottingham University, who led the study, said it was not yet fully understood why cancers on the right-hand side were not showing up during screening.

Among the possibilities, he said, were that they grew faster, and were more likely to be diagnosed conventionally, or that they were less likely to bleed and trigger a positive test result.

However, he said that the current blood test was ‘old fashioned’, and should be replaced by a more modern alternative which might be more sensitive.

‘There is a much better test available, but it will cost money to introduce it, and that money is not currently there.’ 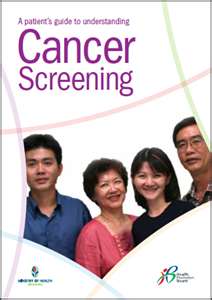