American boxer Floyd Mayweather Jr. is facing a lawsuit from a pair of men who accused him and others of allegedly orchestrating a shooting attack two years ago outside a skating rink.

Leonard Ellerbe, CEO of Mayweather Promotions, said “An educated observer would examine the background of these individuals and immediately question their credibility.”

Quincey Williams and Damien Bland accused Mayweather, Ocie Harris and others of making threats since the attack.

Lawyers for the pair said in the lawsuit filed Tuesday that they want Mayweather and his associates to stop contacting their clients, plus an unspecified amount of money for damages.

A lawyer for Harris, who is accused of firing shots in the incident, was not immediately available for comment. Harris has pleaded not guilty to criminal charges in the shooting. His trial is scheduled for February.

Authorities have never accused Mayweather of firing shots and he has never been criminally charged in the case.

Witnesses told police they saw Harris fire at least five shots at a BMW sedan with the two men inside after having earlier spoken with Mayweather. Neither man in the vehicle was wounded.

Mayweather later denied knowing Harris or having any knowledge of a shooting. But police said they linked the boxer and Harris through witnesses, surveillance videotapes and records seized when authorities served search warrants at Mayweather’s home. 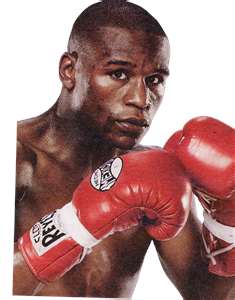