Film star Brad Pitt, 47, has said that he is ready to quit acting in three years time when he turns 50.

In an interview with Australian chat show 60 Minutes to promote his new film ‘Moneyball’, Pitt has revealed his plans.

Asked what he would do afterwards after he quit acting he said, “Hell if I know.”
But he added that he had enjoyed producing and ‘getting stories to the plate that may have had a harder time otherwise’.

In another recent interview in Tokyo for the Australian show, the actor admitted that he was nearing his ‘shelf life’ although he was still looking forward to a role playing a foul-mouthed ‘grumpy old man’.

His announcement comes as he and partner Angelina Jolie – whose joint worth is estimated at US$ 248 million (£155 million) visited Vietnam where second child Pax comes from.

Asked about whether they would add to their brood, Pitt said: “I don’t know that we’re finished yet, I don’t know yet.”

The couple have six children together – three biological and three adopted. 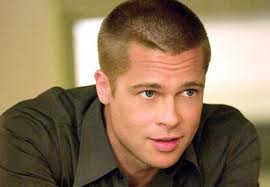