The TCE chemical have been banned around the world though, it is still used as a degreasing agent.

However, research to date suggests a mix of genetic and environmental factors may be responsible. A link has previously been made with pesticide use.

Parkinson’s can result in limb tremors, slowed movement and speech impairment, but the exact cause of the disease is still unknown, and there is no cure.

Researchers from US, Canada, Germany and Argentina are significantly looking the impact of solvent exposure, specifically six solvents including TCE.

The findings are presented as the first study to report a ‘significant association’ between TCE exposure and Parkinson’s and suggest exposure to the solvent was likely to result in a six-fold increase in the chances of developing the disease.

The study also adjudged exposure to two other solvents, perchloroethylene (PERC) and carbon tetrachloride (CCl4), “tended towards significant risk of developing the disease”.

No statistical link was found with the other three solvents examined in the study – toluene, xylene and n-hexane.

TCE has been used in paints, glue, carpet cleaners, dry-cleaning solutions and as a degreaser. It has been banned in the food and pharmaceutical industries in most regions of the world since the 1970s, due to concerns over its toxicity.

In 1997, the US authorities banned its use as an anaesthetic, skin disinfectant, grain fumigant and coffee decaffeinating agent, but it is still used as a degreasing agent for metal parts.

Groundwater contamination by TCE is widespread, with studies estimating up to 30% of US drinking water supplies are contaminated with TCE. In Europe, it was reclassified in 2001 as a “category 2” carcinogen, although it is still used in industrial applications.

PERC, like TCE, is used as a dry-cleaning agent and degreasing agent, and is found in many household products. CCl4’s major historical use was in the manufacture of chlorofluorocarbons for use as refrigerants, but it has also been used a fumigant to kill insects in grain.

Dr. Michelle Gardner, Research Development Manager at Parkinson’s UK, said: “This is the first study to show that the solvent TCE may be associated with an increased risk of developing Parkinson’s.

She also called for more research to confirm the link between TCE and other solvents with Parkinson’s. 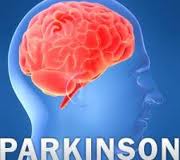