Brad Pitt was commended for speaking openly about his hands on experience about depression in the 1990s.

His revelation could give many people “renewed hope” as he considers his experience with the mental illness as “a great education”.

The actor, who is in the running to be named Best Actor at the Oscars, has got really sick of himself at the end of the 1990s. He was hiding out from the celebrity thing and smoking to much dope.

He used to deal with depression and got easily irritated with himself. But that’s also figuring out who you are. He sees it as a great education.

He was doing the same thing every night and numbing himself to sleep the same routine, couldn’t wait to get home and hide out. But that feeling of unease was growing and one night he just said; “this is a waste.”

“Mental illness can happen to any of us at any time, whether famous or not, rich or poor. Sadly it can sometimes be difficult to talk about, even though people with mental illness need as much compassion and support as people with physical health problems, ” said Mark Davies, director of communications at Rethink Mental Illness.

“When people in the public eye talk about mental illness, it sends a powerful message to all who face it at some point in their lives. Brad Pitt’s story shows that it is possible to recover from depression, which will give many people renewed hope.” 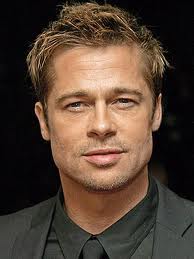