Britney Spears, the US pop superstar, would go ahead her US concert tour as scheduled.

According to sources, the 29 year old has second thoughts that her summer tour would not be a successful event if it would be push through because she feel that she is not ready and wanted to postpone her concert.

She would like everything to be in order and as much as possible it would be better than her previous engagements.

However, her representative denied the speculation that the tour would be postponed. 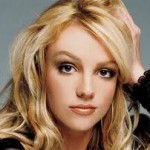