Worldwide, more than 2 million tons of bamboo shoots are consumed annually of which about 1.3 million tons are produced in China alone.

According to Comprehensive Reviews in Food Science and Food Safety, young bamboo shoots offer a range of health benefits that include antioxidant, anti-cancer, weight loss, digestion and anti-bacterial properties.

Bamboo shoots are low in saturated fat, and very low in cholesterol. It is also a good source of dietary fiber, protein, riboflavin and zinc, and a very good source of vitamin B6, potassium, copper and manganese based on nutritional data with a serving size of 1 cup (120 grams) as provided by USDA, for the bamboo shoots in brine, cooked, boiled and drained.

In the Philippines, bamboo shoots known locally as ‘labong’ is always part of the Filipino cuisine known as ‘paklay’ and ‘ginatan’ while matured bamboo poles are used in the making of handicrafts, furnitures, construction materials for nipa huts and local fishermen either used them as fish-pens known as ‘ bungsod’ or fisherman’s stationary raft known as ‘payao’ used in deep sea fishing.

The most common preparation involves boiling the shoots in stocks, soups or salted water for use in assorted dishes. In Indonesia, for example, bamboo are sliced thin and boiled in santan, a thick coconut milk, along with spices to make a dish called gulai rebung.

They’re also preserved in many different forms: dried, fermented, salted, pickled and canned. In Nepal, bamboo shoots are fermented with turmeric and oil and cooked with potatoes in a traditional dish that usually accompanies rice, called alu tama.

The study proposes that bamboo could also be categorized as a nutraceutical or natural medicine, as they contain phytosterols and a high amount of fiber that have cholesterol-lowering and anti-carcinogenic activities.

The shoots are also said to improve appetite and digestion and in traditional Chinese medicine are used to treat infections while environmental and conservation activists say that mass deforestation of bamboo forests by either man made or natural causes had a devastating impact on the natural habitat and chief food of the pandas in China. 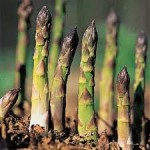 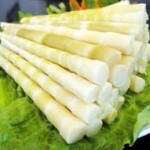