Since his victory at the 2008 U.S. Open, Tiger Woods has failed to add to his present record of 14 Major titles. He has plummeted to 49th in the rankings.

The former world no. 1, is bombarded with physical injuries and recently the golf swing change.

He has faltered in his game and he lacked the desired consistency that can put himself under competitive pressure, said the three-time Masters champion and former world number one Nick Faldo.

It seems that everything has changed, this year he realized he’s not competing against one guy anymore, but they’re coming at him a dozen at a time.

Woods was a surprise inclusion in the U.S. team considering his lack of competitive rounds coupled with his well-publicized personal issues, according to the 54 year old Briton.

“You have to find out, which you can’t put your finger on, the little things that happen that create a win on a Sunday afternoon, whether it’s you, someone else, a certain putt, a certain shot that has to be pulled off, and he hasn’t felt that for a while, hasn’t felt it for a couple of years,”said Faldo.

Woods, who has been trying to rebuild his golf swing and his private life since the break-up of his marriage. He has said he will play in the October 6-9 Frys.com Open in California and the November 10-13 Australian Open before the Presidents Cup.

Not until Woods can recover the old luster of his game, he will not be the star of the show when he joins the United States team for November’s Presidents Cup. 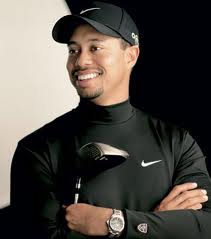