In the Philippines, there are good reasons why many people are opting to propagate oil palm.

The gestation period of oil palm is much shorter. In two years the plant starts to bear fruit and the first harvest can be done 6 months later.

Once you started harvesting it will continue for many years. The rate of harvests is done every 15 days.

It means that for agriculture entrepreneurs a continuous cash flow for them and an early ROI for their investment is at hand.

Besides, oil palm fruits is not eatable compared to coconut and other fruits, hence they are not attractive to pilferers.

It is also difficult for pilferers to sell because they need to sell them in bulk to oil mill buyers which usually also ask them the source of the fruits.

During harvest and post harvest season, handling is easier, simpler and less expensive compared to sugar cane. Oil palm is also the least affected crop by climate change, according to a fruit and oil palm expert.

In Southeast Asia, the three major oil palm growers in the region are: Indonesia leads the pack with 7,500,000 hectares, followed by Malaysia with 4, 850,000 and Thailand with 625,000 hectares. The Philippines is still in its infancy stage with 55,000 hectares.

Palm oil is generally used for cooking but it has also other uses, the oil is used in making soap, cosmetics, paints, grease, margarine and others. Most importantly, it is now used as biodiesel, an alternative energy. 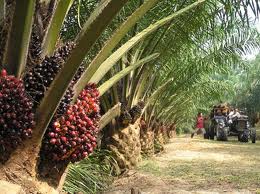