A mind boggling theory has been put forward by Lars-Georg Hersoug, a researcher of Denmark, who say that the increase in obese people in his country is roughly equivalent to the increase of carbon dioxide in the atmosphere.

He studied the weight of both fat and thin people over 22 years, and first started looking for explanations after noticing even thin people were gaining weight.

According to Hersoug, ‘The normal theory is that fat people get fatter because they don’t move as much as they should.

But in the course of his study over a span of 22 years he noticed that even thin people has gained weight.

When he investigated further, he saw how CO2 concentration of the atmosphere had affected our hormones known as orexins, a type of hormone which reside in the brain and stimulate wakefulness and energy expenditure.

The hormones regulate when we go to bed, as well as the stimulation of food intake.

Hersoug also suggests as evidence that obesity increases in the U.S. happened fastest in the period 1986-2010 on the East Coast, which is where CO2 concentrations are highest.

He also cites a 2010 study of 20,000 laboratory animals who all gained weight, despite being in controlled conditions.

Testing his hypothesis, six men were placed in special climate rooms, where some of them were exposed to increased amounts of CO2.

Seven hours later, the men were allowed to eat as much as they liked, and the men with more exposure to CO2 ate six per cent more food than the control group.

On the lighter side, losing weight could lead to less CO2 and methane in the atmosphere and the world’s obese people could help stop global warming by going on a diet, scientists claimed today.

Obese and overweight people were said to be contributing to climate change just by breathing.

Researchers calculated that if all the world’s heavyweights dropped 10kg, C02 emissions would fall by 49.560 metric tons a year.

However, they did not include methane gas emissions from flatulent large people, despite evidence about cows contributing to greenhouse gases. 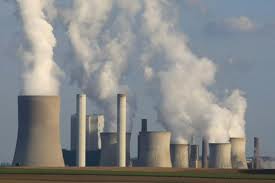