She is planning to open a special treatment center for them, warning that the situation has become critical.
Poachers nabbed 448 rhinos last year, and in the first three months of this year the toll stood at 109, in other words, a kill-rate of more than one a day.

While the poachers target the adult rhinos for their horns, baby rhinos often die too, unable to survive alone.

The abrupt rise in poaching activities has raised concerns among conservationists that the animals could disappear from the wild within the next four years, Trendler said.

“You hate to sound alarmist, you hate to even consider that it could happen. But if the poaching continues at the current rate we could eventually see rhino go extinct.”

The problem has been exacerbated by the fact that some people working in wildlife conservation and animal welfare have been implicated in the lucrative poaching industry, Trendler said.

Some private owners are even pushing to have the trade in rhino horns legalized, arguing that prohibition has done nothing to stop poaching, something that Trendler vehemently opposes.

She is busy building a rhino orphanage at a golf and leisure resort near Mokopane in Limpopo, in the north of the country.

Presented as South Africa’s first non-commercial and non-tourist rhino orphanage, it will have an intensive care unit with incubators, drips and surveillance cameras.

A small team of carers will look after the baby rhinos, and human contact will be kept to a minimum because the aim is to release them back into the wild.

Once they are strong enough to leave the unit, they will be introduced to their “surrogate parents,” a pair of adult rhinos who live in the resort’s game park, Trendler said. 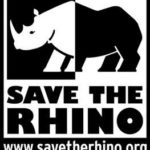