The trial of Michael Jackson’s personal physician, Dr. Conrad Murray was postponed by a Los Angeles judge until September at the request of defense.

Conrad Murray’s attorneys sought a two-week delay, after they unsuccessfully convince the judge to exclude two new prosecution witnesses in the case.

The delay was “absolutely mandated,” according to Los Angeles Superior Court Judge Michael Pastor who made the decision so as to allow for more time to fully prepare both parties. The prosecution did not object to the defense’s request for a delay.

The cardiologist, Murray, 58, was charged on Feb. 8, 2010 with the felony of involuntary manslaughter stemming from Michael Jackson’s death on June 25, 2009 in Los Angeles, California.

The King of Pop was preparing for his comeback concerts for a show in London when he died.

Jackson was ruled out by the Los Angeles Coroner’s Office as having died from an acute propofol intoxication.

Murray maintained his innocence of the charges, however if convicted, he may face up to four years behind bars. 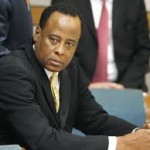