Genome researchers has concluded in a study through large-scale gene re-sequencing indicate that domesticated rice may have first appeared as far back as approximately 9,000 years ago in the Yangtze Valley of China.

Asian rice, Oryza sativa, is one of world’s oldest crop species. Two major subspecies of rice, japonica and indica, represent most of the world’s varieties.

One theory, a single-origin model, suggests that indica and japonica were domesticated once from the wild rice O. rufipogon.

Another theory, a multiple-origin model, proposes that these two major rice types were domesticated separately and in different parts of Asia.

However, using more modern computer algorithms,the researchers concluded these two species have the same origin because they have a closer genetic relationship to each other than to any wild rice species found in either India or China.

Their results showed that the gene sequence data was more consistent with a single origin of rice.

In the Proceedings of the National Academy of Sciences (PNAS) study, the investigators also used a “molecular clock” of rice genes to see when rice evolved.

The researchers calibrated their clock as they pinpointed the origin of rice at possibly 8,200 years ago, while japonica and indica split apart 3,900 years between them.

The study’s authors pointed out that these molecular dates were consistent with archaeological findings.

“This study is a good example of the new insights that can be gained from combining genomics, informatics and modeling,” says Barbara A. Schaal, Mary-Dell Chilton Distinguished Professor of Biology at Washington University in St. Louis, who is also a co-author. 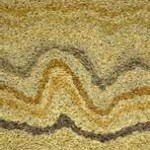