Catherine, The Duchess of Cambridge has been undergoing a program of meetings designed to prepare her for everything that her official life will throw at her over the decades to come.

Since her return from tour of Canada and the US with her husband, Prince William in July, the Duchess has carried out only one official engagement, when she and the Duke visited riot-hit areas of Birmingham last month.

In recent weeks experts on government, the arts and the media have been asked to visit St James’s Palace to give the Duchess one-to-one tutorials to ensure she has a thorough knowledge of the Establishment.

A Royal source said, “the Duchess is spending time carrying out private research of her own, it is a process that will carry on for several months but is being done privately.”

The Duchess of Cambridge is undergoing a series of private briefings on the workings of Britain’s national institutions to groom her for a lifetime of Royal functions, aides have disclosed.

It was a contrast experience of the Prince William’s late mother, Diana, Princess of Wales, who complained of being thrown into royal duties with no coaching at all.

Prince William sees to it that his wife The Duchess of Cambridge would be given all possible support in being introduced to the unique demands placed on members of the Royal family.

Royal aides have kept the Duchess’s official duties to around one engagement per month until the end of the year in order to give her time to get used to her new life. 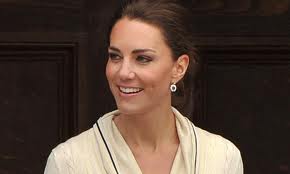