Ashton Kutcher the new star of television’s most popular comedy, “Two and a Half Men” was introduced by the creator of the show, Chuck Lorre.

The show premieres and revolves around initially to the two characters, the elimination of Charlie Harper from the scene played by Charlie Sheen and the introduction and appearance of Walden Schmidt played by Ashton Kutcher. Lorre packed his show with a couple of inside jokes.

How Sheen’s character Charlie Harper would be killed off was a closely-held secret and it was revealed right away during the season premiere: he slipped on a subway platform in Paris and was hit by an oncoming train.

Kutcher plays Internet billionaire Walden Schmidt, who made his first appearance on the scene, he was wet from a suicide attempt in the ocean because of a lost love.

Kutcher’s debut in the CBS sitcom “Two and a Half Men” on Monday was seen by 27.7 million people. The Nielsen company says that’s more than any other episode in the first eight seasons, when Sheen was the star. With the result, Kutcher sets a record for the sitcom.

The sitcom’s previous best came in May 2005 following the final episode of “Everybody Loves Raymond.” 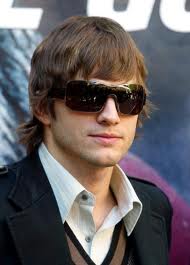