Warner brothers has sacked Charlie Sheen’s from the hit TV series on ‘Two and a Half Men’ due to the acknowledged use of illegal drugs according to a letter from Warner brothers’ lawyers which said Sheen appeared very ill.

The sacking is a raging clash between Sheen and his show producers where the first claiming the right to live as he pleased including admission use of illegal drugs though he claims he is currently clean and as long as he showed up sober and ready to work.

The show had already been canceled for the rest of the season following Sheen’s repeated verbal attack on its producer, Chuck Lorre, two weeks ago.

The studio said it’s has yet to decide the fate of TV’s top-rated comedy which, under protest from Sheen, halted show production for the season to allow the hard-partying actor to seek treatment for admitted drug use.

Attention is also focused on whether he was on the verge of killing his career, endangering a hit show and a lucrative job that paid a reported $1.8 million an episode earning him a whooping $43 million a year, though observers said it must be Sheen’s undoing.

Sheen played as a womanizing bachelor Charlie Harper, on “Two and a Half Men” who creates an ad hoc family with his neurotic brother, the divorced Alan (Jon Cryer) and Alan’s son, Jake (Angus T. Jones), the show debuted in 2003.

Sheen’s life has long been stormy but viewers still like him. 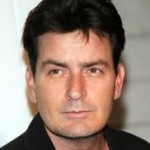