According to a report which follows from an earlier study on the health on coral reefs, more than 90 percent of reefs will be threatened by 2030.

Nearly all reefs will be at risk of extinction by 2050, unless action is taken now to reduce the threats.

‘Local pressures’ on reefs, including overfishing, coastal development and pollution, pose the most immediate and direct threats to the world’s reefs, threatening more than 60 percent of the colorful sea ecosystems.

Warmer seas caused by global warming; ocean acidification blamed on carbon dioxide pollution; shipping, overfishing, coastal development and agricultural run off all pose a threat to coral reefs, which hundreds of millions of people depend on for a living says a report.

Threats on land, along the coast and in the water is converging in a perfect storm of threats to reefs, according to Jane Lubchenco, administrator of the National Oceanic and Atmospheric Administration (NOAA).

Quick, broad action could go a long way to saving the reefs, which have shown themselves in the past to be highly resilient, said Lauretta Burke, a lead author of the report, which was compiled by more than two dozen, conservation and research groups led by World Resources International (WRI).

If no effort is made to stop the threats to the reefs, and they are lost, the daily livelihoods of 500 million people worldwide would be threatened many of them in developing nations in southeast Asia and the Indian Ocean, according to Lubchenco. 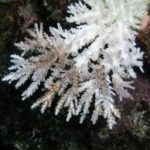 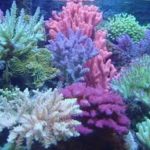