Deqingyuan farm is a massive poultry farm outside Beijing and is home to three million chickens.

The farm generates 212 tons of chicken manure that go onto the conveyor belt, which takes it to a processing plant.

Methane gas is then extracted from the manure to generate electricity, which is sold to the national grid. The remaining manure is then turned into fertilizer..

“We’re a developing country but our coal and gas supplies will run out in the next few decades,” according to Pan Wenzhi the vice-president of Deqingyuan Agricultural Technology Company .

“It’s very important for China to exploit new sources of energy,” he added.

By generating bio-gas, the farm is part of China’s search for a more sustainable blueprint for its economic development.

The company is planning to open several other plants in different parts of China.
China relies on coal for about 70 percent of its energy supplies in order to fuel its economic boom.

But the country’s breakneck growth has caused enormous damage to the environment.
As the world’s largest energy consumer and emitter of greenhouse gases, Beijing will play a critical role if global warming is to be effectively addressed.

Beijing also has plans to curb its reliance on fossil fuels, although overall energy demands are rising rapidly.

By 2020, authorities say that 15 percent of China’s energy supply should be provided by non-fossil fuels such as solar and wind power, and hydro-electric dams.

But many environmental experts say the government most do more.

“Protecting the environment is not just about controlling pollution,” said Yu Jie, a policy director for China’s branch of The Nature Conservancy organization.

“It needs to be linked to the country’s economic growth. Only that way can we get sustainable growth.”

Chinese authorities maintain it must improve the quality of people’s lives but increasingly, it is the environment that is paying a high price. 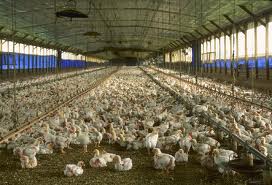