Scientists claim that children with vitamin D deficiency are highly susceptible to depression.

In the contrary those with highest levels of vitamin D due to sun’s exposure have a ten percent lower risk of developing the mental disorder.

Children who are exposed to the sun and having oily fish(i.e. tuna) part of their menu can help increase their levels of vitamin D.

In a study taken in more than 2,700 children aged nine and thirteen those with the lowest levels of vitamin D were more likely to show signs of depression while those with higher levels show a decline in depressive symptoms in their teen formative years.

Exposure to the sun is a major source of vitamin D because it is mainly made by the action of its sunlight on the skin.

Although vitamin D is found in oily fish, and is routinely added to milk, diet accounts for very little of the nutrient that actually makes it into the bloodstream.

The study investigated levels of two forms of vitamin D, D2 (ergocalciferol) and D3 (cholecalciferol) , and found the strongest anti-depression link is with D3.

Because of the preoccupation with the harmful effects of too much sun, most people do not get enough of D3.

Vitamin D3 is a hormone that is produced naturally within the human body when the skin’s surface is exposed to sunlight but most people do not synthesize healthy levels of the nutrient.

A generic vitamin D tablet is likely to contain high levels of vitamin D2. While D2 is healthy in small amounts, large quantities of the vitamin can be toxic to the body.

In contrast, there is no risk of toxicity with vitamin D3. Vitamin D3 helps the body absorb calcium and works to control the immune system.

A lack of sufficient vitamin D3 can leave your body more vulnerable to autoimmune diseases and cancer.

Those with insufficient levels of vitamin D3 have suffered from mood swings, depression and even Alzheimer’s disease.

Nourishing sunlight is the only source of vitamin D3 synthesis in the human body.

Morning sun is the safest for the body. Head outside for at least 20 minutes each day and expose a minimum of 40 percent of your body to the sun for maximum D3 synthesis.

During cold months, pill or liquid supplements may be necessary for many adults. 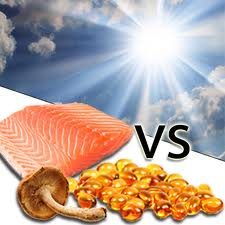 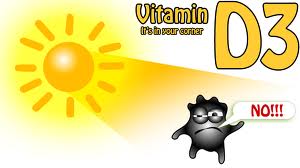