The researchers from the University of North Carolina, noted the difference in the brain size appears related to increased rates of brain growth before age 2.

They also pointed out that though the enlargement continues, the increased growth does not.

In their study of a group of 2 year old children in 2005, researchers had found out that the brains of autistic children were 5 to 10 percent larger than the normal children without it.

Three years later, the researchers re-assessed the same group of children now at age 5, the psychiatrists re-scanned the brains of 38 children with autism and 21 without the condition.

The autistic children still had slightly larger brains, but they had grown at the same rate as the compared group.

This finding could lead to a better understanding of the genes that drive autism, which, in turn, could lead to earlier identification and treatment of the disorder, according to study researcher, Joseph Piven, MD. 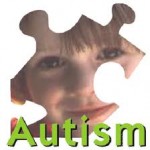