Seventy five percent of recruiters are required by their companies to do online research of job candidates, said Joe Bontke, outreach manager for the Equal Employment Opportunity Commission’s office in Houston, Texas.

And seventy percent of American recruiters report that they have rejected job candidates because of information online, he said.

Marc S. Rotenberg, president of the Electronic Privacy Information Center, based in Washington D.C., said that employers were entitled to gather information to make a determination about job related expertise, but he expressed concern that “employers should not be judging what people in their private lives do away from the workplace.”

“We are not detectives,” said Max Drucker, chief executive of the company, which is based in Santa Barbara, California. “All we assemble is what is publicly available on the internet today.”

A start up, Social Intelligence scrapes the Internet for everything prospective employees have said or done online in the past seven years.

Then it assembles a dossier with examples of professionals honors and charitable work, along with negative information that meets specific criteria: online evidence of racist remarks; references to drugs; sexually explicit photos, text messages videos; flagrant displays of weapons or bombs and identifiable violent activity.

And what information has led to job offers being withdrawn or not made? Mr. Drucker said that one candidate was found using an advertising site to look for OxyContin, a narcotic pain reliever. A woman posing naked in photos she put up on an image sharing site didn’t get the job offer she was seeking at the hospital.

Reports removing references to a person’s religion, race, marital status, disability and other information protected under federal employment laws, which companies are not supposed to ask about during interviews.

Also, job candidates must first consent to the background check, and they are notified of any adverse information found.

Less than a third of the data surfaced by Mr. Drucker’s firm comes from such major platforms of social network. He said much of the negative information about job candidates comes from searches that find comments on blogs and posts on smaller social sites.

Mr. Drucker said his goal was to conduct screenings that would help companies meet their obligation to have consistent hiring practices while protecting the privacy of job candidates. 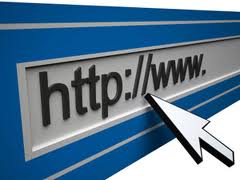