The global economy is on the brink of deeper job recession that may spark social unrest the International Labor Organization (ILO) has warned.

The risk of social unrest was increasing, ILO had noted in the 45 of the 119 countries it examined.

In advanced economies, five years is needed for employment to normalize and return at pre-crisis level, it said.

The rescue plan initiated by the European Union (EU) leaders is a vital move, but the measures have to be implemented ‘promptly and forcefully’, according to the Organization for Economic Co-operation and Development (OECD).

Message by OECD to world leaders came as it forecast a slowdown in the euro zone economy and warned that some member countries within the European Union were likely to experience negative growth.

According to ILO, a slow down world economic recovery had started to ‘dramatically affect’ labor markets.

Around 80 million new jobs in two years time are needed to return to pre-crisis employment levels, it said.

“We have reached the moment of truth. We have a brief window of opportunity to avoid a major double-dip in employment,” said Raymond Torres, Director of the ILO International Institute for Labor Studies .

Levels of discontent are also measured by the group over the scarcity of jobs and people’s frustration of the crisis that it was not evenly shared.

Some countries would experience the possibility of social unrest, specifically the EU and the Arab region.

In its latest projections for G20 economies, the OECD forecast growth in the euro zone of 1.6 percent this year, slowing to 0.3 percent next year.

The OECD called for G20 leaders to act quickly and it also called for the euro zone to cut interest rates. 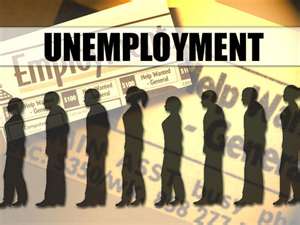