China will schedule the executions of the three Filipino drug convicts delayed last month, the Chinese ambassador has confirmed it recently.

President Benigno Aquino sent Vice President Jejomar Binay to China to make a last-minute plea to save the lives of the condemned Filipinos. It has only won a stay of execution of the three, for the time being.

Though the Philippines has abolished the death penalty, the abolition was not done through a consensus of public consultation, were the majority is still up for the death penalty especially on heinous crimes like drug trafficking.

Chinese Ambassador Liu Jianchao in a news conference that the verdict of China’s Supreme People’s Court was final and executory. President Aquino has already written to Chinese President Hu Jintao appealing for clemency.

China, however, reiterates its stand that matter involving criminal cases, it has nothing to do with both countries’ relationship.

“I don’t want our wonderful relations to be kidnapped by these drug criminals,” Liu said in a statement. 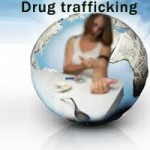