A new study has shown that gene therapy can reduce symptoms in patients with Parkinson’s, according to media reports.

The study, published in the journal Lancet Neurology, is the first to show positive results in a test of gene therapy against a sham operation in 45 U.S. Parkinson’s patients.

According to the U.S. Department of Energy Genome Programs, gene therapy is a technique for correcting defective genes responsible for disease development. Researchers may use one of several approaches for correcting faulty genes:

*** A normal gene may be inserted into a nonspecific location within the genome to replace a nonfunctional gene. This approach is most common.

*** An abnormal gene could be swapped for a normal gene through homologous recombination.

*** The abnormal gene could be repaired through selective reverse mutation, which returns the gene to its normal function.

*** The regulation (the degree to which a gene is turned on or off) of a particular gene could be altered.

“Gene therapy is no longer just a theory,” said Michael Kaplitt, a neurosurgeon at New York-Presbyterian Hospital and Weill Cornell Medical Center, and one of the study authors. “We are getting much closer to a reality where this treatment can be offered to patients.”

In patients with Parkinson’s disease, their brains get overactive after losing the normal supply of a chemical called GABA. The new treatment, gene therapy, works by inserting billions of copies of a gene into patients’ brains that helps them produce more GABA.

Kaplitt said the results might spur similar treatments for other brain disorders like Alzheimer’s, epilepsy and depression. 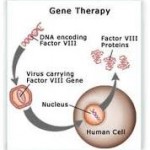 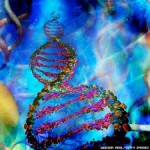