There are many reasons that packaging of food and consumer products come heavily wrapped, from marketing appeal, to the need to protect expensive items like new cellphones, to security issues.

DVDs, for example, are sold in outsize packages to prevent theft.
British regulations on packaging which first took effect in 2003, require product producers to keep packaging to the minimum required for safety, hygiene and consumer acceptance.

Even watchdogs admit that appearances can be important, especially with food.
Landfills are an environmental concern partly because rotting trash releases methane, a potent greenhouse gas that contributes to global warming.

Landfill Taxes on excessive packaging will cost local governments about US$ 4 billion dollars per year, according to a study by the Local Government Association.
Studies suggest that household could avoid generating more than half the waste that they produce.

A growing number of companies have signed on to a voluntary program called the Courtauld Commitment, under which they pledge to reduce packaging. 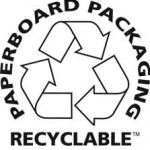 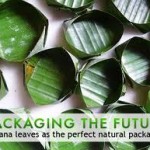