In the Philippines, unlike Luzon and Visayas, Mindanao has never been known to be a perennial path for typhoons.

What has been known ever since, typhoons usually emanate from the northeast Pacific region near Guam.

The most frequented regions in the Philippines visited by typhoons are the eastern Visayas, Bicol region, Central and Northern Luzon.

However, with the effects of climate change, we have now experienced unprecedented natural calamities never before have occurred due to imbalance of our global ecosystem brought about by deforestation and almost rainforests around the world depleted.

The flash floods that occurred in Ormoc, Southern Leyte, Cagayan de Oro and Iligan cities have one thing in common, they were effects of deforestation, the water that came down from higher to lower grounds have a mixture of eroded loose soil materials, that means that there were no more trees to hold them back and prevent those soil erosion from happening.

With non stop heavy downpour on sloping terrain, rain water seeps underneath the topsoil down to the next strata to loosen its hold, with this a landslide could be imminent to happen.

The eroded soil that comes down along with the water has to settle down at the invert of the river. With the build up it will make the river’s invert shallow and subsequently the water would overflow over its bank and the adjoining areas would be flooded in a wider magnitude that anyone can hardly imagine.

The people living on low lying areas and along the banks of the river are the usual victims of such calamity.

Their complacency to move out to safer grounds despite repeated warnings by PAGASA and the media is understandable.

Firstly, people always believe past history of their region that it is not the usual path for typhoons. What is foremost in their minds that maybe PAGASA could have erred in their forecast not only once but so many times they have done in the past.

Secondly, what holds them back to leave their houses because of their possessions and other valuable things that they could not afford to leave them .

Thirdly, the warning by local government units (LGU) is useless if the LGU themselves do not give or assign sufficient temporary shelters or evacuation centers for these people to stay safely while evading the brunt of the typhoon.

The LGU should have been decisive enough in persuading the people living in low lying areas implying the danger of flash floods. They should have been obliged to stay on evacuation centers rather than staying at their homes.

The loss of so many lives should have been avoided if the children, elderly and the women were forcefully evacuated to safer ground while the typhoon runs havoc to the place.

With 24 hours continuous heavy downpour it would be more than enough for LGU’s to have sensed and anticipated the overflow of Cagayan de Oro river and the impact it may have caused on people living these areas.

Sadly, the local government lacks the political will to institute forced evacuation, to avoid loss of lives. The big casualty came during the wee of the hour when people least expected the flash flood came like a thief while they were asleep. 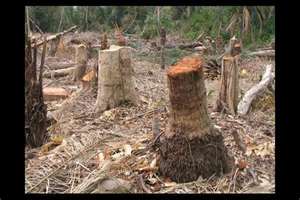 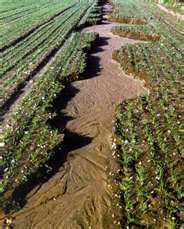